We've all heard about the ‘Samaritan’ community, but don't really know who they are and what characterizes them.

While we heard that the Samaritans were celebrating the Passover sacrifice on April 28th,2010 (which was celebrated one month after the Jewish Passover eve), we were curious. We decided to travel, see, hear, and understand.

About an hour's drive from the Rosh Hayin area, we reached Mount Gerizim.

We met lovely people, hospitable people who were happy to answer all our questions, tell us about their origins, the differences between them and the Jews, and to share with us the Passover sacrifice held that evening.

The Samaritans are members of an ethno-religious community that maintain their uniqueness and authenticity for thousands of years, with one of the oldest heritages. Samaritans (in their language Shomrim – keepers, in Hebrew, of the Torah or the Torah of Moses) are an ancient people and an ethno-religious group based on a unique text of the Torah (Pentateuch). During history, the Samaritans went through riots and massacres, conducted mainly by the Byzantines and the ‘carriers of the cross’, and from a community consisting of tens of thousands of people, in 1919 only about 150 people survived.

They attribute themselves to be part of the Israelites from the time of the desert and belong to the Ephraim, Menashe, and Levi tribes. They did not exile with the other ten lost tribes of the Kingdom of Israel during the Assyrian exile that occurred in 722 BC.

According to the Samaritan tradition, they are pure Israelis, loyal to the religion of Moses, part of the Nation of Israel, and the carriers of its true legacy. The split between the Samaritans and the Israelites, according to the Samaritans, is based upon disagreements between the two groups concerning the chosen place for the building of the Temple. According to them, Moses established the sanctity of Mount Gerizim, and therefore Joshua Ben-Nun built the Tabernacle in a nearby place named ‘Gva’ot ‘Olam’ (World Hills, in Hebrew). "Here, Pinchas ben Eliezer ben Aharon, the High Priest, and his sons, served in the Temple. The Temple used to be located on Mount Gerizim and was recognized by all the tribes of Israel. They attribute the ‘altar of Isaac’ and the place of the Binding of Isaac to Mount Gerizim.

They relate themselves to be descendants of Aharon Ha-Cohen (Aharon, brother of Moses, regarded as the first Priest) dynasty, as appears in the Book of Chronicles. The only holy books recognized by them is the Torah of Moses, which was given to Moshe Ben Amram. They are faithful to the exact observance of the written laws in the Torah. The main difference between their text, when compared to the Torah in the hands of the Jews, is that in the Ten Commandments (according to the Samaritans), the wording appears: "And you shall build there an altar to your God, an altar of stones." The Samaritans do not recognize the oral Law Torah, nor the Mishnah and the Talmud. Also, there is no recognition of the books of Prophets and Scriptures, except for the Book of Joshua, which is very different from the version of the Jewish Bible.

The Samaritans observe the Sabbath properly, are committed to the land of Israel, they only celebrate biblical holidays (that are mentioned only in the first five books of the Bible), and their customs are different from those practiced by the Jewish people. The Samaritans are counting the years, and their calendar started when the Israelites entered the land of Canaan.

The Samaritan community now has about 750 people, half of whom live in Holon (close to Tel Aviv) and the rest in the Loza neighborhood of Nablus, near Mount Gerizim, where their sacred sites are. All Samaritans have Israeli citizenship. The residents of Loza neighborhood, which is included in the municipal area of ​​Nablus (located within the PA territories), also have Palestinian citizenship. They are mixed with their Arab neighbors, the children attend the Arab schools in Nablus, so their spoken language is Arabic. Also, they learn both the Hebrew language and the ancient Hebrew used during prayers in an orderly way. Economically, the Samaritans are involved in the West Bank economy, so it seems like they enjoy the best of both worlds.

Passover sacrifice is the most important holiday for the Samaritans. All members of the community are obliged to be present at the sacrifice. The Samaritan residents of Holon (in the Tel Aviv area) leave their homes for the Passover days and move to their homes in the Loza neighborhood.

In the days before the sacrifice, preparations were made, buying sheep and washing them, and preparing the lumber to light the fire in the ovens.

We arrived around three o'clock and came to the archeological site at the summit of Mount Gerizim. We saw the place where the Samaritans believe that there stood The Tabernacle of Testimony, in a place called ‘Giv’ot ‘Olam’. We also saw the ‘altar of Isaac’ and the location of the Binding of Isaac, according to the Samaritans tradition.

We went down to the center of the neighborhood, to the ceremony complex that slowly began to fill. Guests concentrated on the guests' bar. Six huge ovens that have already been lit were at the site of the ceremony area, around which piles of firewood have been prepared. The complex was slowly filling up with people. Community members wore white clothing.

Around five o'clock, they brought the sheep. The congregation continued to sing and chant their prayers. In order not to waste time until sunset and the ceremony, chanting was sung. High Priest Elazar ben-Zdakah was the only one who wears a "Talit" as we know it. The Samaritans call "Tallit" the long robe with 22 buttons and loops. Everyone was waiting for the opening signal for the slaughter by the High Priest, who presides over the ceremony.

The ceremony began when the High Priest read: " Now you shall keep it until the fourteenth day of the same month. Then the whole assembly of the congregation of Israel shall kill it at twilight. " Exodus 12:6. This was the sign!

All butchers are on the side of the slaughter ditch, the "altar of the earth." About sixty sheep were slaughtered at the same time. They took off the sheep's skin and cleaned them from the forbidden organs. These organs were immediately transferred to the great altar for burning.

They removed the skin of the lamb and burned it in the ovens. The lamb's right arm is secreted to the priests. In this craft, the young were engaged. The sheep were hung on hooks and after cleaning are threaded onto long wooden rods - skewers, which were wrapped in metal nets so as not to break apart by the high heat in the ovens. After the slaughter, everyone turned and hugged and kissed one another.

The women were holding a branch of hyssop, which they dipped in the blood after the slaughter. They used the hyssop to mark their forehead, as a substitute for the doorpost marking: " Now the blood shall be a sign for you on the houses where you are. And when I see the blood, I will pass over you; and the plague shall not be on you to destroy you when I strike the land of Egypt.” Exodus 12:13.

While preparing the sheep, the adults were busy with ancient Passover songs in ancient Hebrew and with dancing. The women and children sat for a conversation and chat.

They waited for nine o'clock when the sheep were lowered into the six earthen ovens. Quickly covered with an iron mesh that helped keep the skewers in the center of the oven, so that they do not burn from the hot walls. Covered by blankets, the fire goes out due to lack of oxygen, and the sheep simmer in the intense heat left in the oven.

We didn't stay until the end of the feast, but later they took the sheep out of the ovens and went for a quick meal in their homes. At the end of the meal, they returned to the compound with the leftover lamb, which they ate together, and the leftovers were burnt at the altar. No trace of the sacrifice should be left until dawn.

In Sukkot, we will revisit the Samaritans.

If you would like to schedule a Passover sacrifice tour at the Samaritans or get more details about experiential tours, please contact me.

See you on the road, Abraham 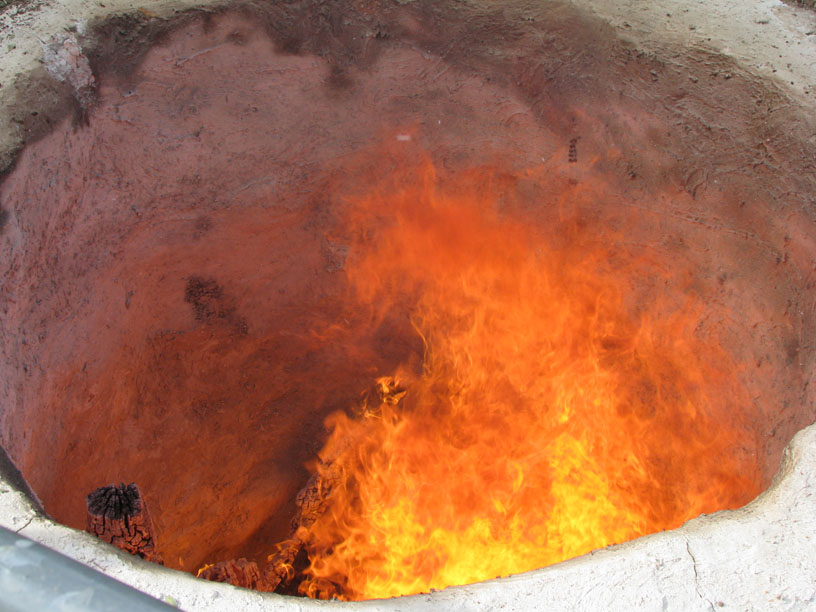 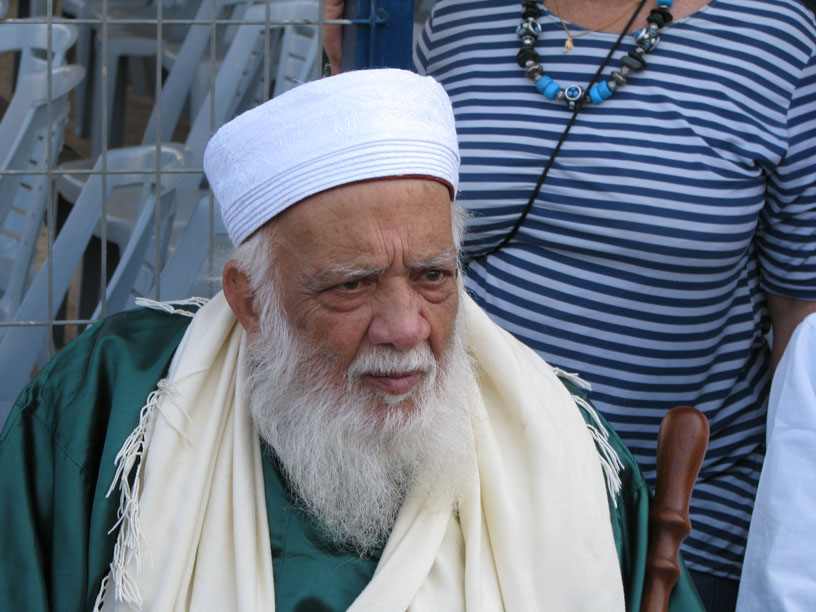 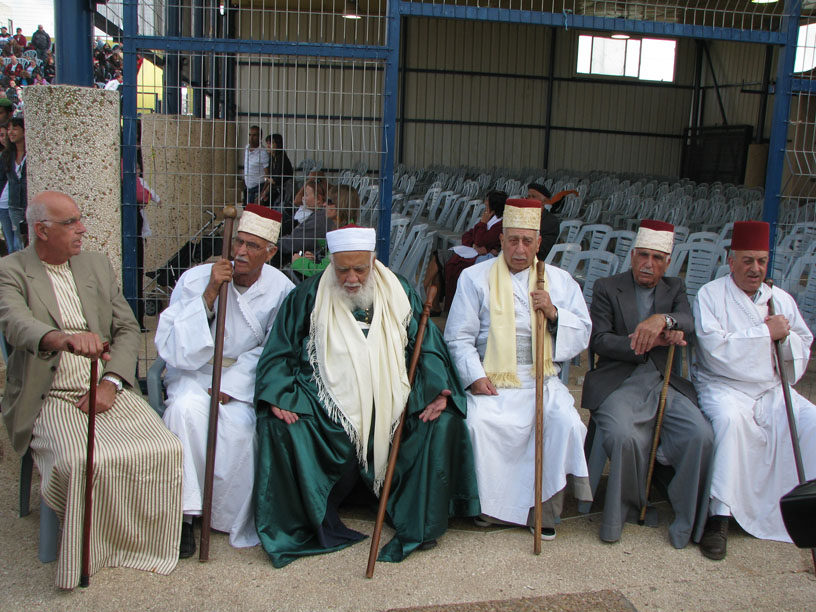 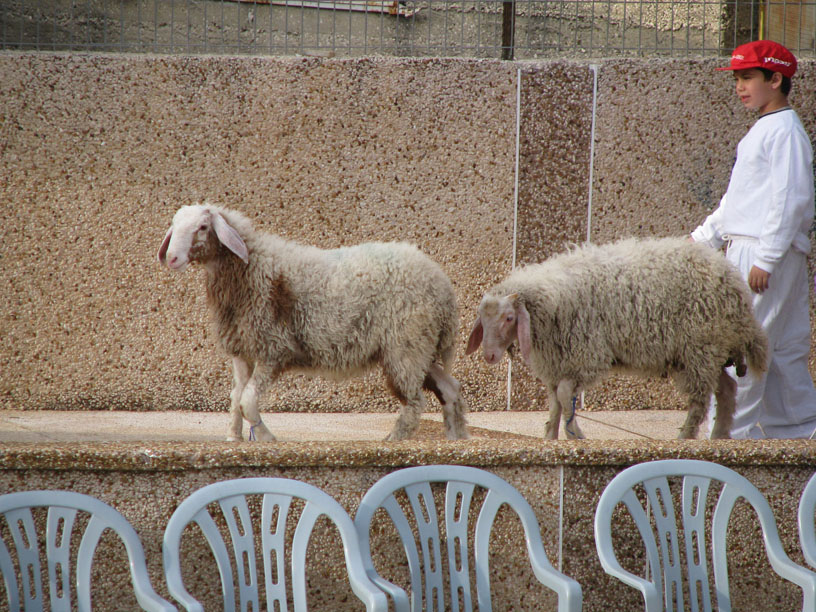 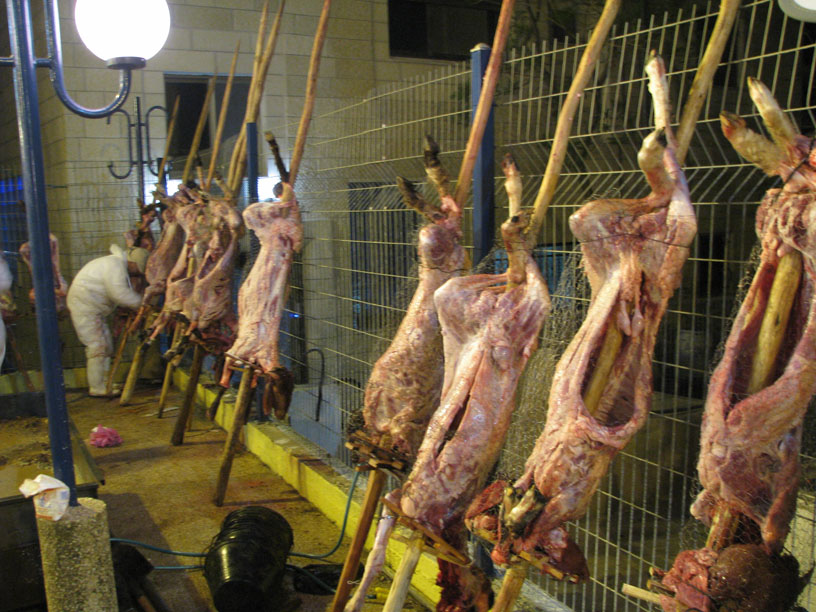 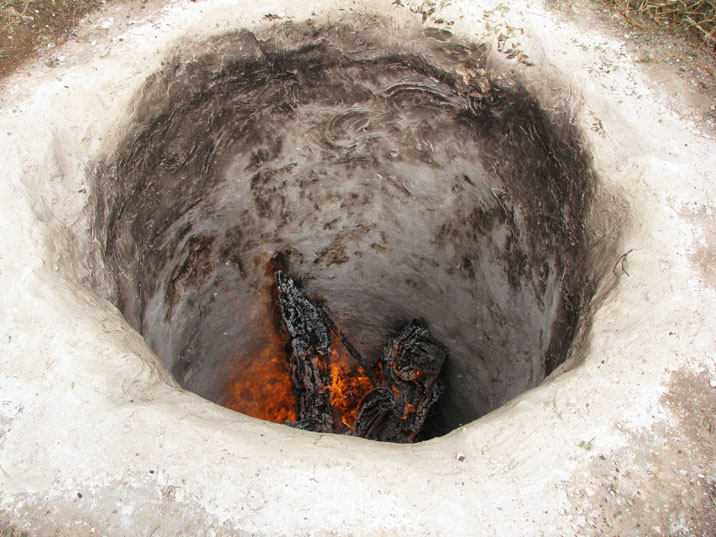 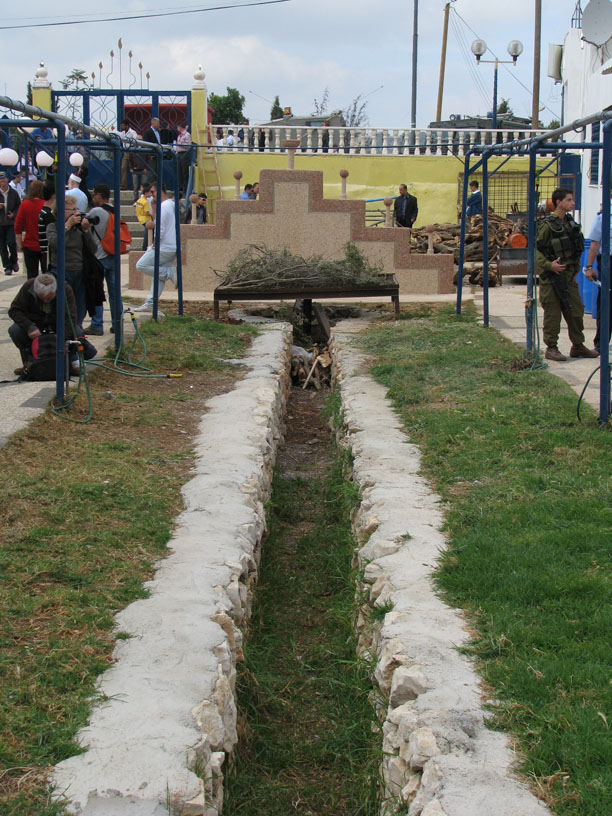 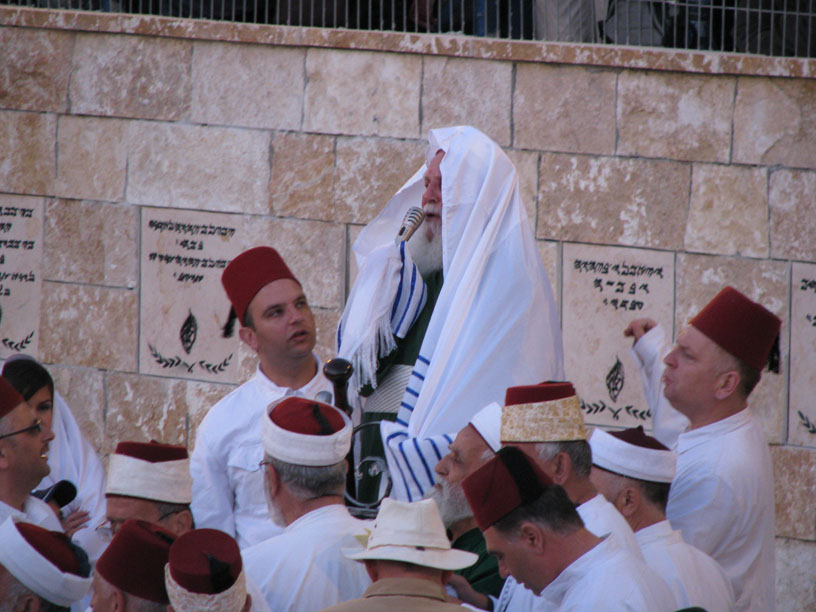